Twenty five Legal & General staff members and their families supported Sail 4 Cancer at Brighton Marina on Sunday 7 October raising £840 for the charity. The weather was superb with a nice northerly breeze, keeping the waves down and we were lucky to have warm sunshine. Unusual for October! The six crews raced for three hours with various swashbuckling tactics taking place by each skipper in what could be mistaken for Formula 1 overtaking manoeuvres.

Winning Crew – skippered by Lizzie are pictured with the Legal & General Trophy and their celebratory champagne. Whilst the losing boat “Mr Pink”, who came last in every race got a toy submarine as their booby prize.

“This is the third year that we have run this event. Special thanks must go to SailnetUK for the use of their boats and skippers all of who donated their time free of charge”.

Sail 4 Cancer would like to say a continued thank you to all the staff at Legal & General who support the charity year on year. 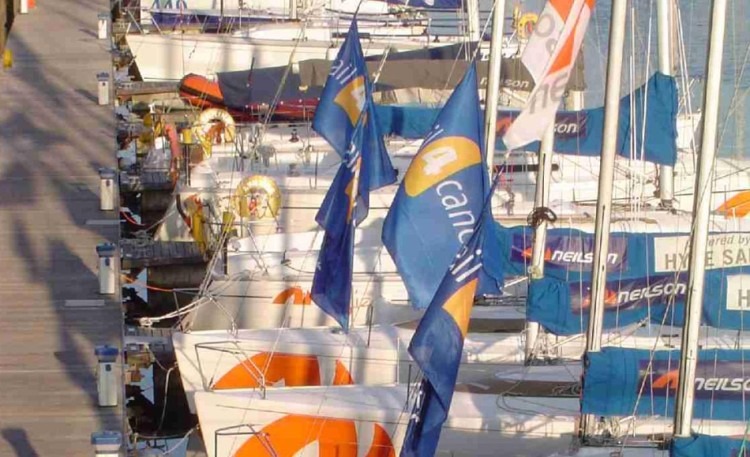